Desert camels: one hump or two?

On my first visit to Erg Chigaga, I remember asking our driver, Fattah, how long it would take to get to the camp in our 4x4 from M’Hamid El Ghizlane, anticipating the hot and bumpy journey ahead of me. ‘About 1.5 hours’ was his reply, ‘by camel, 12 hours’. Even with a little room left for exaggeration, I could only imagine how that would feel, sitting on a camel in the blazing sun for hours on end as it lolloped along! Then it occurred to me, never mind my discomfort, how does the camel itself cope with the burden of carrying people on its back in such harsh conditions? There began my admiration for this huge beast, the so-called ‘ship of the desert.’

15 Interesting facts about camels in Morocco.

So there you have it, this wonderful beast that we admire as it carries us up and over sand dunes on our holidays is truly remarkable in its ability to adapt to harsh climates and to human need. We should never underestimate it. 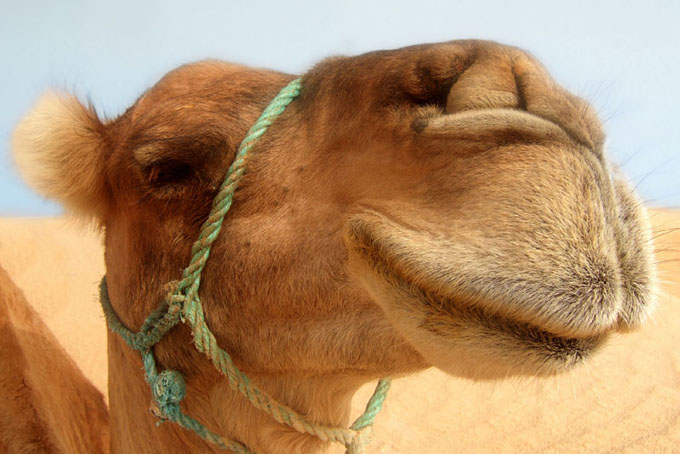