5 light reads to whet the appetite 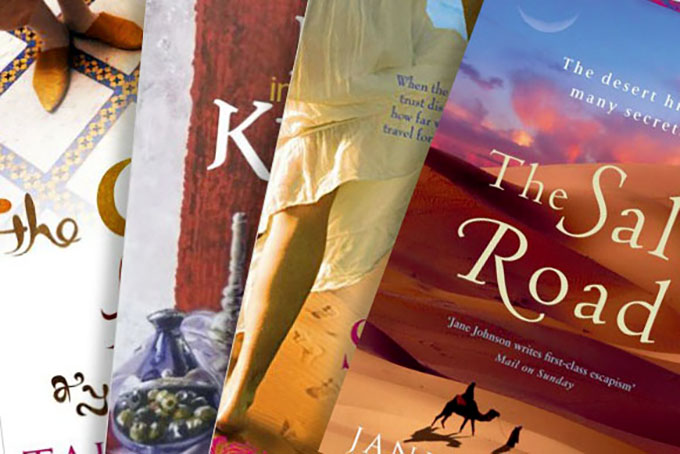 When travelling anywhere in the world that is culturally different from my own country, I always like to whet my appetite for what lies ahead by reading novels that portray aspects of that country. You may enjoy delving into one or two of my favourites. 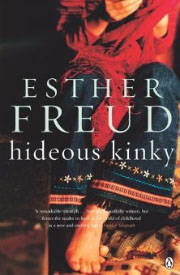 Hideous Kinky, by Esther Freud (published Feb. 1993)
Despite the rather unsettling title of this novel, the story has nothing to do with anything either ‘hideous’ or ‘kinky’, these words merely forming a playful chant for the two sisters in the story who find themselves accompanying their hippie mother as she sets out from London to Marrakech on her quest to find spiritual enlightenment. The narrator of the story is the youngest child. It is through her naivety and innocence that we see events unfold and experience the mystery and allure of Marrakech in the early 1970s.

With touches of humour adding to the childlike views expressed, I found this novel to be a very readable account of the family’s day to day life as they interact with new-found friends, shopkeepers, street entertainers and neighbours in the heart of Marrakech, evoking the sights and sounds of the Red City, whilst the mother searches to ‘find herself’. Bilal, a street performer, provides the love interest. At the same time, family relationships are explored through the eyes of the child narrator. An interesting read for females in particular, late teens onwards I would suggest. A movie was also made of the book in 1998, starring Kate Winslet as the somewhat irresponsible mother. 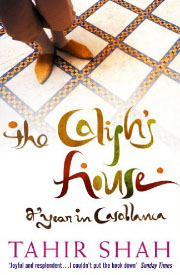 The Caliph’s House, by Tahir Shah (published Feb. 2007)
How many of us long to escape the mundanity of our everyday lives and move to an exotic country where we can bring up our children in a land of new culture and experiences? Well, that’s exactly the challenge taken on by Tahir Shah, who moved to a rundown property in a shanty town in Casablanca with his wife and children, seeking a new enriching life. This is his story. Moroccan culture is full of superstition, rituals, spirits and traditions, and Shah faces all manner of these in the renovation of his property.

This is not just a ‘how to do it’ about renovating a house in a foreign land, it is more an insight into the people and their culture. Shah writes about his varied experiences with such humour and attention to detail, you will find yourself enthralled in some parts and laughing aloud in others, especially at some of the antics of those who try to help the family settle into their new life. Although maybe a little far-fetched in some of the descriptions of the djinns’ (spirits) activities, these episodes add interest and humour to an already wonderful story. I loved this book and highly recommend it to anybody who wants to ‘get under the skin’ of real local life in Morocco. 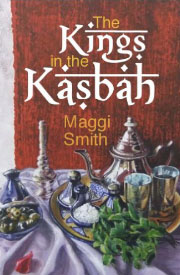 The Kings in the Kasbah, by Maggi Smith (published Feb. 2005)
Jack and Queenie desire to get away from it all and decide on a holiday to Marrakech as a means of escape for a few peaceful weeks. They arrive at their riad (guesthouse) and make themselves at home. But not all is at it seems. When Mohammed, the riad owner, disappears without trace, the couple are left with no option other than to take in all the disparate characters who turn up at the riad expecting accommodation. As the lives of the guests intermingle through a series of events, the hilarious misadventures begin, all with the backdrop of staying in a riad near Jemaa el Fna.

This book is a fabulous light summer read for anyone who may be travelling to Marrakech on holiday or who would like to be but can’t! It really transports the reader to the sights, sounds and smells of the famous lively square, Jemaa el Fna and the bustling souks, and gives comical insights into the lives of the intriguing inhabitants of the old city. Intertwined with the evocative descriptions are the sometimes farcical, sometimes poignant goings-on behind the riad doors as relationships develop and lives are changed. I grew to really care about each of the characters and didn’t want this book to end. 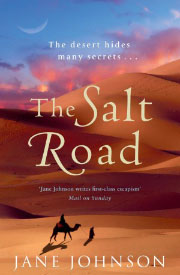 The Salt Road, by Jane Johnson (published Apr. 2011)
A cleverly-woven story of two women who live centuries apart but have much in common. Isabella inherits an amulet from her estranged father and travels to North Africa seeking answers to questions brought about by this inheritance. Mariata also has connections with the amulet; she is a woman of the desert, whose lifestyle is that of a nomad, living at a time when the unique nomadic way of life is under threat.

This epic story traverses times and cultures with a plot that captures the reader’s imagination. You can almost feel the blazing sand and scorching heat of the desert sun as the words bounce off the pages, and experience the fear, heartache, betrayal and triumph of the characters as they face ordeals and overcome adversity. I thought this was a beautifully descriptive novel, revealing the sometimes harsh and hostile nature of the desert as well as its alluring beauty. An involving read. 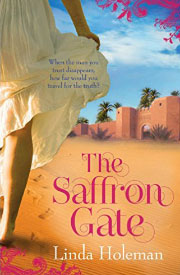 The Saffron Gate, by Linda Holeman (published Dec. 2010)
As a young girl the narrator’s life is fraught with illness and difficulty. Into this scene arrives the French doctor with whom she gradually falls in love. All too soon, however, he disappears from her life and searching for him becomes her quest in life, leading her to 1930s Morocco and a life very different from that which she has left behind in New York. The reader is totally immersed in Sidonie’s life as we uncover with her the truth about her lover via several characters who she meets along the way, some of whom it appears do not want her around and are determined to stop her finding out the truth at whatever cost.

Swept along by the narrative, the reader feels what Sidonie feels at every given stage of this novel. Her delight when her love for her doctor is reciprocated, her anguish later as she realises he has left her without saying a word, her range of thoughts and emotions as she enters this strange land of North Africa and then encounters and unfurls bit by bit the facts which will change her opinion on life itself. I was intrigued by this story. It isn’t a traditional romance, but rather an intricate tale with depth, pivoting on the search of one woman for one man in the intoxicating city of Marrakech.